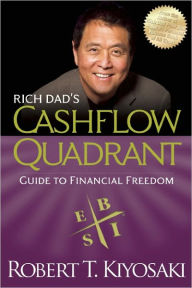 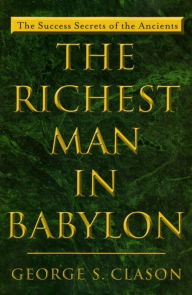 The Richest Man in Babylon
by George S. Clason 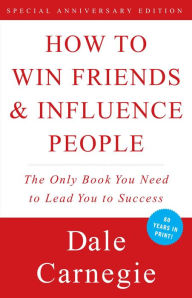 How to Win Friends and…
by Dale Carnegie 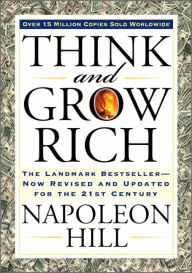 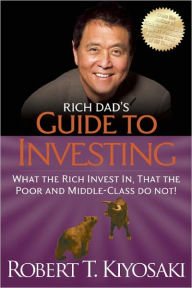 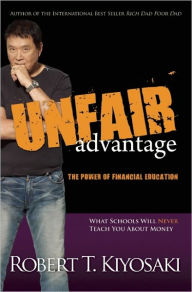 Unfair Advantage: The Power of…
by Robert T. Kiyosaki 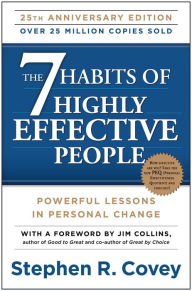 The 7 Habits of Highly…
by Stephen R. Covey 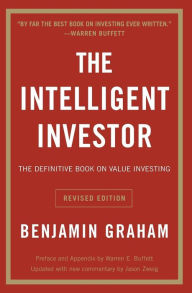 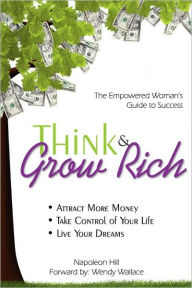 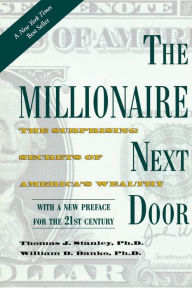 The Millionaire Next Door: The…
by Thomas J. Stanley Ph.D.
Rich Dad Poor Dad: What the Rich Teach Their Kids about Money That the Poor and Middle Class Do Not! 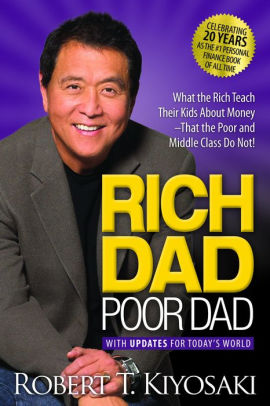 April 2017 marks 20 years since Robert Kiyosaki's Rich Dad Poor Dad first made waves in the Personal Finance  has since become the
1
Personal Finance book of all time... translated into dozens of languages and sold around the world. Kiyosaki's earlier two businesses (for surfing bags with Velcro fasteners and T-shirts) went bankrupt. Thereafter he set up a company for financial and real estate education that has done well thus far, with its main business model of high priced seminars (ranging from $12,000 to $50,000 per head). In an interview with CBC, he described his books as an advertisement for his higher priced seminars. In 2012, Kiyosaki again filed for bankruptcy. 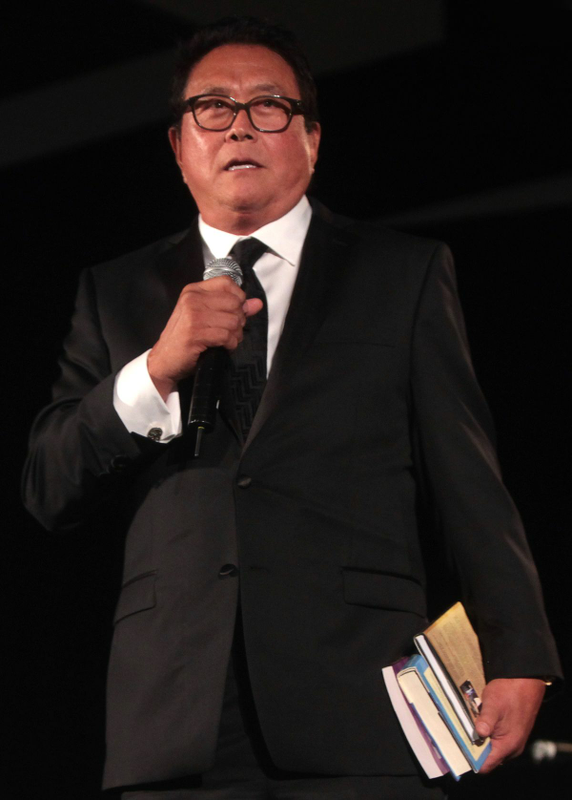 Robert Toru Kiyosaki is an American businessman and author. Kiyosaki is the founder of the Rich Dad Company, a private financial education company that provides personal finance and business education to people through books and videos. The company's main revenues come from franchisees of the Rich Dad seminars that are conducted by independent people using Kiyosaki's brand name for a fee.
Original link
Wikipedia
Rich Dad Poor Dad - Wikipedia 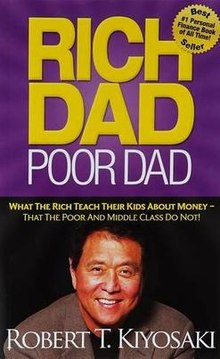 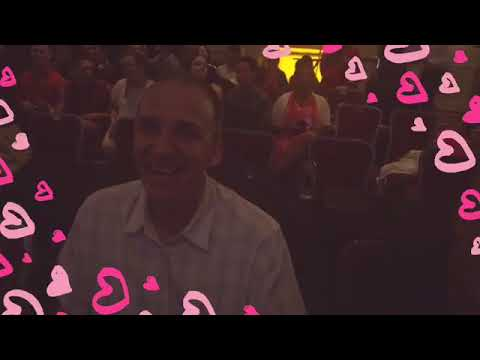 http://www.TradeWithTracey.com I'm not sure if you totally understand this yet..but the magic in your business starts to materialize itself at the events! What event you ask? The event that the company coordinates for you to see, touch, feel and experience the people that you have watched online for weeks and even months.
Original link
Tracey Walker
at
YouTube
Interview With Isis De La Torre CFO iMarketslive 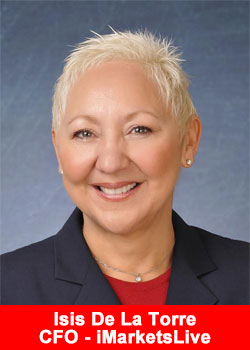 Isis De La Torre, is CFO of International Markets Live , Inc, better known as iMarketsLive in the Network Marketing Arena, and has taken the time to tell us more about herself, the company, and her vision We asked Isis to give us One Word to describe her company and to give us more insight on how iMarketsLive has helped enhance the many lives around the world, especially women in a male dominated industry.
Original link
Business For Home.org
at
Businessforhome
Foreign exchange market - Wikipedia 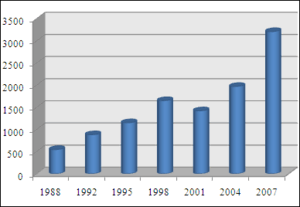 The foreign exchange market ( Forex, FX, or currency market) is a global decentralized or over-the-counter (OTC) market for the trading of currencies. This market determines the foreign exchange rate. It includes all aspects of buying, selling and exchanging currencies at current or determined prices.
Original link
Wikipedia
My Elite Portal | Elite Legacy Education 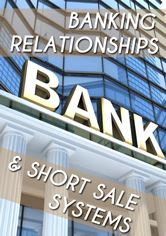 Kiyosaki's financial and business teachings focus on what he calls "financial education" generating passive income by means of focusing on business and investment opportunities, such as real estate investments, businesses, stocks and commodities, with the ultimate goal of being able to support oneself by such investments alone and thus achieving true financial independence without working for a paycheck through a conventional salaried job. Kiyosaki defines the term "assets" as things that put money in ones pocket and describes an asset can be anything as long as it has value, produces income or appreciates, and has a ready market. He states that assets generate cash inflow, such as stock dividends, rental income from properties, or income from businesses, and the term "liabilities" as things that devour cash out of ones pocket, such as one's personal residence, consumer loans, car loans, credit card payments and student loans. Kiyosaki argues that financial leverage is crucial in becoming rich despite risks, repercussions, and pitfalls that come with utilizing leverage to achieve financial independence. Kiyosaki stresses the importance of building up an asset first to fund one's liabilities instead of saving cash or relying on a salary from a traditional job
Original link
Myeliteportal
What Is A Forex Broker?

A forex broker, also known as a retail forex broker, or currency trading broker, in modern financial and commercial trading means an intermediary who buys and sells a particular asset or assets for a commission. Thus, a broker may be thought of as a salesman of financial assets.
Original link
FXCM Insights
A iMarketsLive Review - Is It A Legit Forex Or BBB Nightmare? 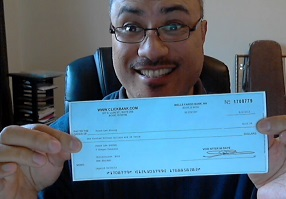 Company: iMarketsLive Website: imarketslive.com You were probably searching for some information on iMarketsLive and found my review. This company has been around a few years and has created a lot of buzz, especially in the trading niche. Whilst iMarketsLive offers financial trading software to help people with their trades, which is not unusual (i.e.)
Original link
Adam
at
Stealthsecrets
Fake Money, Fake Teachers, Fake Assets: How Lies Are Making the Poor and Middle Class Poorer

Kiyosaki's earlier two businesses (for surfing bags with Velcro fasteners and T-shirts) went bankrupt.Thereafter he set up a company for financial and real estate education that has done well thus far, with its main business model of high priced seminars (ranging from $12,000 to $50,000 per head).[] In an interview with CBC, he described his books as an advertisement for his higher priced seminars. In 2012, Kiyosaki again filed for bankruptcy.

Kiyosaki operates other external business ventures and investments. Many are concentrated in the information technology (mobile apps and internet), publishing, retail, education, mining, energy, financial market, and real estate industries. Kiyosaki asserts that he makes 2 million USD in cash flow per month tax free from all his businesses and investments. Kiyosaki's estimated wealth is about $80 million USD. Kiyosaki is involved with the apartment business and owns over 1400 units of apartment houses. Kiyosaki has been involved with commercial real estate sector such as investing in warehouses, Triple net lease and real estate development ventures around the United States.

During the subprime mortgage crisis in the late 2000s, Kiyosaki invested heavily having acquired nearly 40% of his 2015 portfolio of distressed properties during the downturn. In 2008, Kiyosaki purchased a 300 unit, $17 million apartment complex in Tulsa, Oklahoma. Many of his commercial real estate holdings include luxury and boutique hotels, golf courses, and large apartment complexes according to an interview he did with The Alex Jones Show in 2010. During the same year, Kiyosaki acquired a $46 million Arizona landmark resort with 5 golf courses that was in foreclosure at a bankruptcy court. In 2011, he invested in a 2000 unit apartment construction project and earned approximately $250,000 in monthly cash flow. In May 2015, he invested in a 1600 unit apartment complex for $80 million USD. In December 2015, Kiyosaki refinanced a $300 million mortgage at 2.5 percent on one of his apartment complex investments. In May 2016, Kiyosaki stated he controls over 10,000 apartment units producing over one million dollars in cash flow every month. Kiyosaki has been in the oil business since the late 1990s. He owns a number of oil drilling operations and oil wells in Texas, Louisiana, and Oklahoma. In 2013, Kiyosaki invested in three new oil wells at a 10 percent stake. In late 2015, Kiyosaki amassed a portfolio of 400 privately controlled oil wells