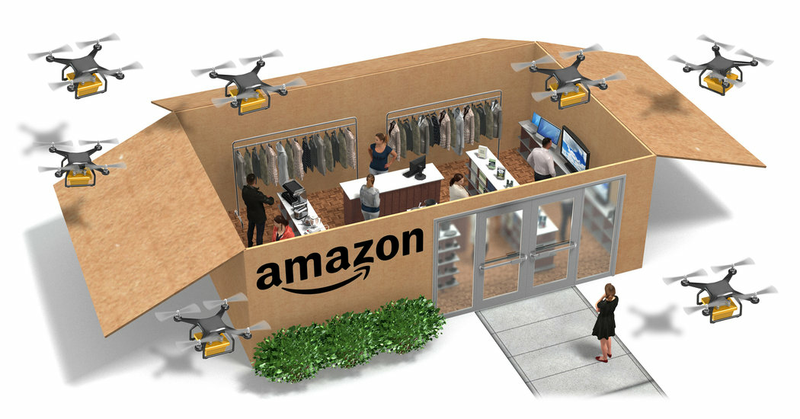 The company is exploring the idea of creating stores to sell furniture and home appliances, like refrigerators - the kinds of products that shoppers are reluctant to buy over the internet sight unseen, said one of several people with knowledge of the discussions who, in conversations with The New York Times, spoke on condition of anonymity because the plans were confidential.
Original link
Nick Wingfield
at
Nytimes
Viacom has struck a wave of new content distribution deals with Hulu, Netflix, and AT&T.
The expanded distribution reach of Viacom channels can help to reawaken growth in Viacom's sleepy network business.
Viacom's long-term goal had always been to set up a streaming service of its own, but these deals could speed up the process of monetizing Viacom's significant content library.
Capitalizing on its strengths, Viacom has also announced a new unit called MTV Studios to produce new content under that brand.
A view to the merger mania and bidding wars in media shares 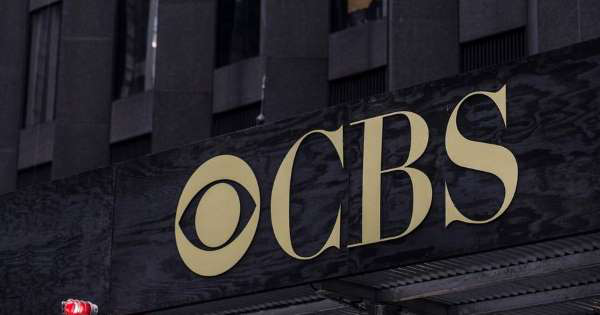 Big Tech would covet CBS' treasure trove of proprietary content and content libraries Cbs, the legendary broadcast network that was once home to Edward Murrow and Dan Rather, is one of my favourite media investments now that its management, led by CEO Les Moonves and board has rejected Shari Redstone's attempt to bulldoze it into a merger with Viacom. Viacom is a sad-sack media conglomerate vulnerable to cord cutting, as attested by its pathetic seven times earnings multiple CBS wants Shari Redstone to dilute her stake in the company and the issue is now in litigation. The important point is there will be no value destroying CDS-Viacom merger.CBS meets my criteria for a successful media stock. Moonves is in the same star CEO league as Walt Disney's Bob Iger. The shares traded at 68 before the Viacom deal talk slammed the shares and are 56 as I write or 9.5 times forward earnings for a business with recurrent subscription revenues (Showtime) and affiliate retransmission fees that can easily generate 12 per cent EPS growth. CBS is valued at $21 billion on Wall Street, which is chump change in a business where AT&T shelled out $85 billion for Time Warner. CBS's content libraries/production prowess, sports focus (the National Football League franchise in CBS Sports) and its two OTT platforms make it a logical acquisition candidate in the deal making frenzy that became inevitable in global media once Disney and Comcast got into a bidding war for 20th Century Fox and the Trump White House was unable to use antitrust as an excuse to abort AT&T's bid for Time Warner.Apart from the traditional Big Media bidders for CBS, I can make a plausible case for Google, Amazon, Facebook and Apple, all of who would covet CBS' treasure trove of proprietary content and content libraries. True, a deal is not imminent until a Delaware court resolves the power struggle between Moonves and billionaire media heiress Redstone for sole control of the network's destiny.My friends and readers of their column known that I flagged 21st Century Fox at 28, months before the Disney bid. Thanks to the bidding war, Fox trades at 49 as I write, the latest jewel in the crown for the Magic Kingdom. Though CBS shares are up 10 per cent since early June, I doubt if a deal premium is in the shares since litigation in the US is so Byzantine and protracted - the Justice Department antitrust lawsuit held up the AT&T-Time Warner deal for two years, a lawsuit triggered by Trump's hatred for CNN.Walt Disney has been a disappointment in the past six months, down two per cent in 2018 as Comcast triggered a bidding war for Fox that slammed the post-December buying momentum in Disney shares. However, I doubt Comcast can match Disney's $71 billion knockout bid no matter how much more funding it can raise from its banking syndicates. The Time Warner precedent should make a Justice antitrust review not a deal breaker even if Disney is forced to jettison some Fox sports cable properties, it should get the brands and platforms it covets (Hulu, Sky, Star TV, the FX cable channel, etc). Note that Fox shares have soared 50 per cent since December as a result of the bidding war, a windfall for Citizen Rupert and his boyos. Investing in merger and acquisitions shares is the closest thing to playing three dimensional chess on Wall Street, the reason I follow deal stocks with obsessive focus in real-time.What next for the Disney-Comcast bidding war? Tax/business synergies make me believe that the Murdochs will go gaga for Disney's sweetened bid, even if it means ESPN's dominance will force Fox to sell its regional sports networks. Comcast cannot counterbid without losing its investment grade rating unless the Roberts clan joins forces with private equity or Big Tech. Net-net, if Disney wins Fox, the shares of the House of Mouse could rise 15 per cent. Ironically, so will Comcast.It did not surprise me that Citigroup and Wells Fargo were the winners in the Federal Reserve stress test while Morgan Stanley and Goldman Sachs were pressed to boost capital and limit shareholder payouts. The Fed CCAR results suggest Wells Fargo will return $32 billion to shareholders, a windfall for the California super-regional bank haunted by a succession of scandals. A hike in the bank's dividend is now certain, which means a dividend yield above three per cent. The share buyback target could well rise 100 per cent, above Street estimates. This means Wells Fargo can finally rerate and emerge from the legal limbo of the fake account opening scandal.The writer is a global equities strategist and fund manager. He can be contacted at mateinkhalid09@gmail.com.
Original link
MSN
Hulu Inks Viacom Licensing Deal, Lands Exclusive Streaming Rights to &
8216
;Daria&
8217
; and Other Shows 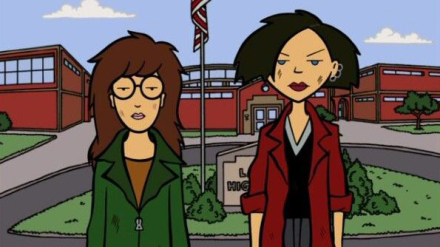 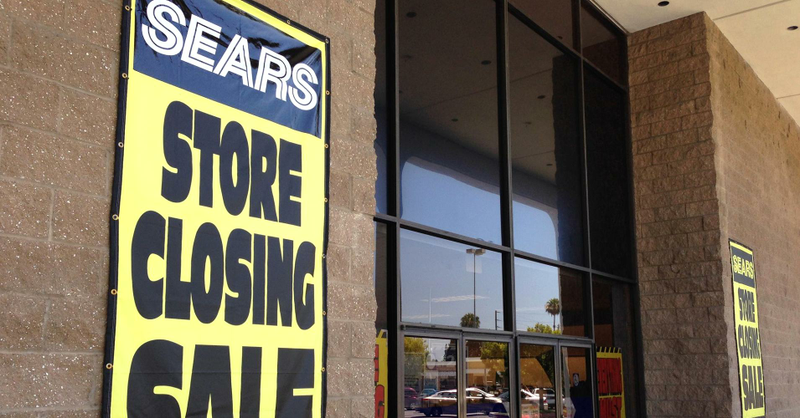 Sears Holdings, the parent company of Sears and Kmart stores, told its employees on Thursday that it will be closing more than 100 more stores. That consists of 64 Kmart stores and 39 Sears stores, all of which are expected to close between early March and April of this year.
Original link
Lauren Thomas
at
CNBC
Fred Hutch receives $35 million donation, largest ever, from Bezos family 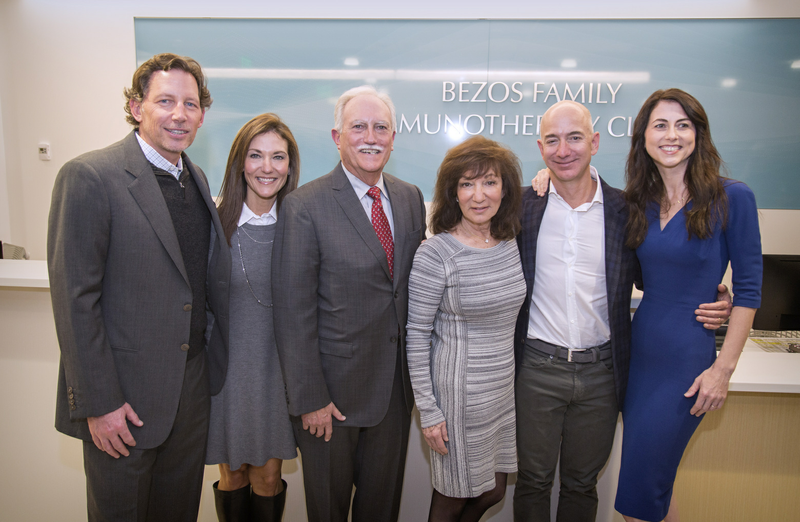 The donation, which will be used to draw top research talent and to explore novel ways of fighting cancer, breaks the previous record of $20 million, also set by the Bezos family, which includes the parents of Amazon.com founder Jeff Bezos.
Original link
Ángel González
at
The Seattle Times
Millennials Looking for Small Business Jobs Deep in the Heart of Texas and OKC 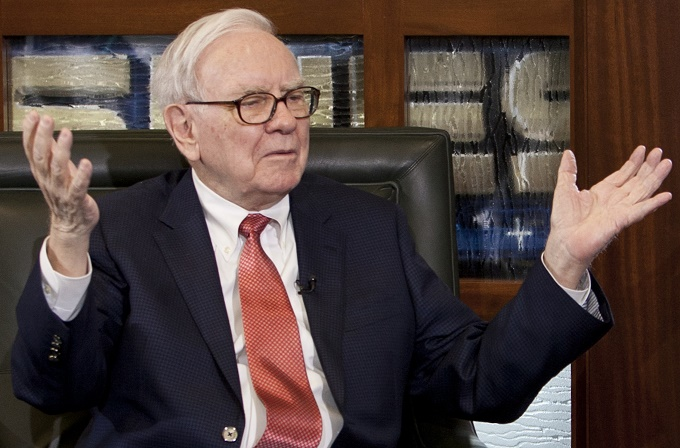 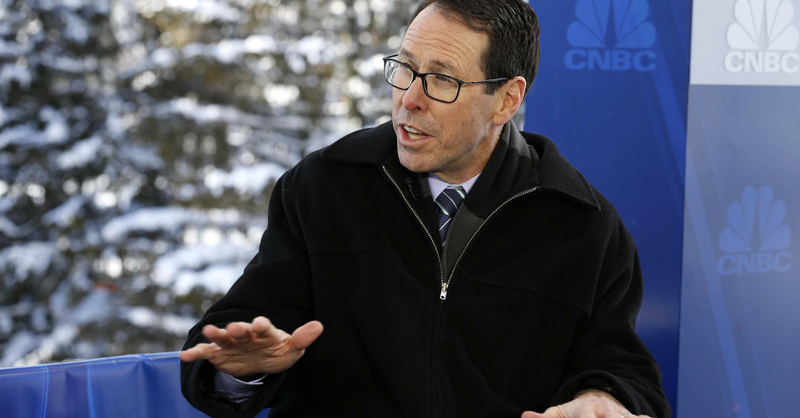